Still don't quite get that basically nobody wears masks indoor anymore, with a pandemic still going on, that causes unknown long term health issues. Ten minutes of covering your face in the supermarket is a real burden somehow?! 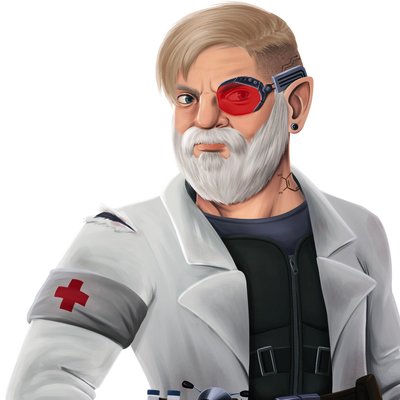 However, we also know, that countries with lowered or lifted mask mandates (Germany could be considered lowered, while the Netherlands are lifted) have not experienced an increase in pathological presentations (since testing is lower, incidence is not a great datapoint anymore).

A bucket with a hole that is patched by 81% still runs empty. It just takes longer. Which is and was the whole idea of masks: reduce spread to "flatten the curve." No one ever claimed, that masks prevented individual infections, only that they reduced the temporal incidence. Cumulative incidence wasn't claimed, at least not by any study I've seen.

So those long term health issues: they'll get all of us. While we were hoping for a better cellular immunity (that there is no chance of persistent humoral immunity was clear, so we knew vaccines would not prevent infection but we hoped that they'd prevent pathological presentations, which is true), Masks were the best way to deal with the situation. Meaning, while we research we want as few people as possible to be infected.

But none of the measures ever aimed at the individual directly. Only indirectly, by taking strain and burden off the health care system, so the individual could be treated better. This worked (somewhat). Today's health care issues are not caused by SARS-CoV-2 but by staff shortages, burnout, and lack of political support.

So, if we accept (and you may not, that's my debate) that everyone will probably become infected with SARS-CoV-2 every one, two, years, and that our research must now focus on understanding, prevention, and treatment of Long COVID symptoms[1], the the net sum of masks is that they scarcely create much of an improved public health layer BUT create a massive environmental disaster[2].

The discussion about "vulnerable populations" should be had. As it should have been had in 2010. Any person who is vulnerable to SARS-CoV-2 is much more so vulnerable to Aspergillosis, Pneumocystis jirovecii, and other pathogens we never cared about. It's telling that we only talk about vulnerable populations when we're affected too. As long as the Mucormycosis doesn't get US, we advocate for compost heaps in yards without the caveat to ask the neighbors if they are vulnerable, for example.

So is it really wise to focus on masks and what little delay tactic they are at this point instead of focusing on political and structural change to prevent the hospital disaster we have, the still rather unexplored cases of Long COVID, the failure of cap snatching techniques in transcriptome delay, and basically getting ready to hand this disease to our grand children well researched, as we should have done with Influenza or EBV?

[1] And the understanding what it is, and how long it perists.
[2] Reusing masks is not something they're designed for. Even the most advanced FFP2 masks lose efficacy against bacteria, which are much larger and do not aerosolize as easily, after six hours or two off/on clycles, whichever comes first.

@mikka Even if there is no use in further delaying the spread of the virus - and frankly I'm not qualified to decide that - there are social implications not considered:

Lifting mask mandates clearly signals "Back to normal, Covid is over". Frankly, the situation in the supermarket clearly states to me that nobody gives a fuck anymore. These aren't all people reading the latest epidemiology studies.

@mikka Ergo there is no societal nor political will to do anything about an issue that is over. We have more pressing problems. Like cheap gasoline or something. Definitely not solving long covid or the care crisis.

@map@xoxo.zone Well, welcome to the world of infectious diseases. No one gave a shit about EBV, which kills close as many people as SARS-CoV-2 every year, only it often takes 10 years. Aspergillus, 400k. Pneumocystis jirovecii, 120k. Influenza, 300k. Mucormycosis, 200k, Dengue, Malaria...

The will of the voter only pushes the politician to more lip service if the voter (middle aged, able bodied, cis, white, male) is liable to vote differently. Vulnerable populations, health care workers, people in developing nations... not politically sound, not important.

Now it's time to take the momentum and apply it to the 10 million people every year if we eradicated those illnesses or, at least, gave it as much research as we gave SARS-CoV-2.

@mikka I don't think there's momentum left, and the initial tweet was my way to voice my disappointment at that. So I guess we can agree to agree that everything is fucked, anyway.